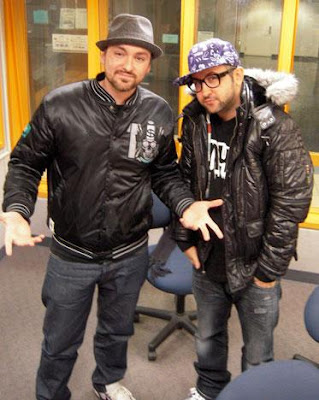 Pick up a copy, visit their site, or just read it HERE:

As hip-hop evolves, more and more artists are acquiring an independent spirit. Essex-bred Ian Mattingly has taken heed of these circumstances and has been grinding accordingly. Known locally and globally as E Major, this MC has seen the best and worst of both worlds of the music industry: major and independent distribution. As a kid inspired by Run-DMC and LL Cool J, E Major started writing rhymes in the mid-‘90s, during the golden era of New York hip-hop. And you can tell it when you listen to his music, as he blends the boom-bap of that period in rap with the plentiful samples of today. Disappointed with being treated like a second-rate artist by the big record companies, Major started Under Sound Music with his partners, Ashante “Zen” Saunders and Aaron “Zu_keeny” Keeny, and has been extremely successful in the marketplace. Using the Internet as their tool, the label released Majority Rules and has even attracted other artists to come aboard, including Rawkus recording artist Hezekiah. As he finishes up his third music video and plans to release his label’s second compilation record, E Major discusses the business of making music, and how there is no price tag on creative freedom.